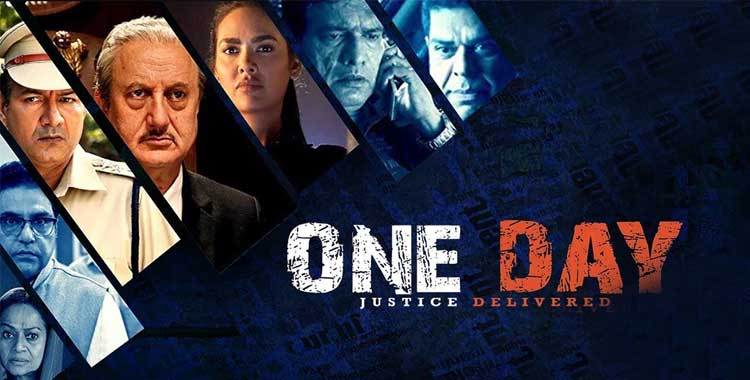 Plot: Justice Omprakash Tyagi (Anupam Kher) is living a post-retirement life with his family in Ranchi, Jharkhand. One day, after the marriage of his daughter, two high-profile doctors, Ajay Chopra (Murli Sharma) and his wife Reena Chopra (Deepshikha), go missing. The investigating officer of this case, ACP Satya Narayan Sharma, (Kumud Mishra) is unable to find any clue. With this ongoing investigation, another rich hotelier, Pankaj Singh, (Rajesh Sharma) also goes missing while he was returning from Kolkata. As Sharma is unable to solve the case and due to excessive pressure from the politicians and media, these cases are handed over to crime branch officer DCP Laxmi Rathi (Esha Gupta). Two more people go missing, Dilawar Khan who works for MP Pravin Rawat (Zakhir Hussain) and a car mechanic named Afzal Ahmed. On further investigation, the police discovers that all the missing persons are linked together. Afzal had planted a bomb in a vegetable market on the instructions of Dilawar. The money had been given by Pankaj on the charity front. Abdul, who had been an eyewitness, was alive, and the minority party leader made an issue. As it was difficult to stop him from revealing the truth, Dr. Ajay and Dr. Reena, who were treating Abdul, were bribed so that Abdul can be silenced (killed) in such a way that it looked natural. In Pankaj's hotel, a honeymoon couple's MMS was leaked to humiliate his family as he was the son of that Muslim leader. This ultimately leads to the death of his daughter-in-law committing suicide. MP Rawat was behind all of these. Rathi is ordered to keep an eye on both Rawat, and Mr. Tyagi as all of them were given bail by him, and he might be under threat from the actual culprit as he might be the next on the list. Next, Rawat goes missing, and it is revealed that Sharma was helping in the kidnapping of all these people. The actual mastermind was revealed to be Mr. Tyagi. He says that he has to give them bail as no shreds of evidence were found against them, but he knew all of them were wrong-doers. He also says that he didn't kill anyone, he just wanted their confession. Rathi says that he knew that they were behind these from some clues. While Tyagi and Sharma were leaving after handing over the confession videos of criminals, Rathi kills those kidnapped people and arrests Rawat, who later confesses about his criminal acts. The media said that the dead bodies of these people were found along with video clippings of their confessions, while police said that investigation is still on that who is behind punishing these criminals.