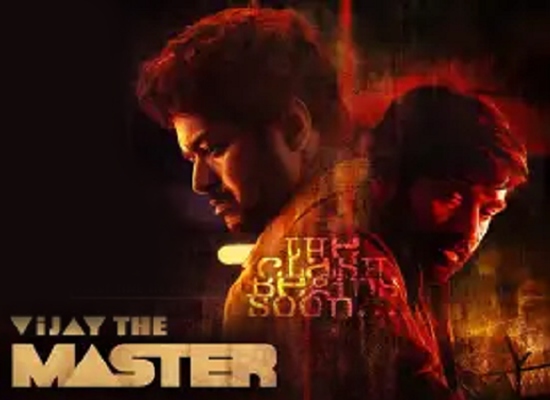 Filmmaker Lokesh Kanagaraj is known for his real talent of storyteller. Especially, the way he has written his hero and the antagonist. Like any good filmmaker, Lokesh Kanagaraj knows that it takes a fearsome antagonist to turn a protagonist into a hero. Just like Petta, Master sees a new-age filmmaker trying his hand at commercial cinema with a mass hero. Master is neither a nail-biter like Maanagaram nor a pacy thriller like Kaithi.

Director Lokesh had promised a Vijay film, which would be very different from movies that Vijay usually does. Finally, Master is the most fun, sensible, enjoyable and good-looking movie that Vijay has done in a long time.

As per the film synopsis, a college professor goes to a correctional facility for young criminals, and takes on the rowdy who is exploiting them to further his criminal empire.
South star Vijay has played a JD character, which is short for John Durairaj (Vijay), is an unruly professor at a popular college in Chennai. Students adore him, and it makes him enemy no 1 of the old guard in the management. Film Master is all about JD, an inexplicably loved alcoholic college professor, who teaches personality development. It is also the story of Bhavani, a hardened criminal who exploits juvenile delinquents for further his syndicate. At one point, not soon enough, JD and Bhavani lock horns.

Vijay as JD and Vijay Sethupathy as Bhavani are remarkable in their respective acts. Most amazingly, Vijay, who plays JD, puts a disproportionate effort into his role - he dances, sings, cries, laughs, loves, fights, and shoots arrows from a moving car. Vijay Sethupathy, who plays Bhavani, walks in the dark, punches walls and makes characteristic jokes. Both are enjoyable to see. Beside Vijay and Vijay Sethupathy, there are Malavika Mohanan, Andrea Jeremiah, Shanthanu Bagyaraj, Arjun Das, Ramya Subramanian, Nasser etc. None of them get much of a chance to do anything, though all of them certainly try.

Lokesh Kanagaraj, who has co-written the movie with Rathna Kumar and Pon Parthibhan, also knows by heart the best moves of Vijay. And he has supplied a generous amount of moments that would meet the approval of hardcore Vijay admirers. There are even moments that act as a throwback to Vijay’s earlier movies. For example, the kabaddi scene in prison hat-tips Vijay’s Ghilli.

Nevertheless, there are some innovative ideas in the movie that shows Lokesh’s real talent as a storyteller. Specifically, the way he has written his hero and the antagonist. Vijay Sethupathi’s Bhavani and JD have more things in common, than they know. In fact, they are two sides of the same coin. And the way Lokesh portrays the side-effects of heavy drinking through Vijay’s character is clever.

In the conclusion, Master is neither fully a Vijay film nor entirely a Lokesh Kanagaraj film. In the end, it is the charismatic acts of Vijay and Vijay Sethupathi keep us enthralling. The final confrontation between the two actors has a couple of rousing moments, helping end the movie on a high note.

Overall, film Vijay The Master is worthy to watch once for the captivating performances of Vijay and Vijay Sethupathi with entertainment quotient.