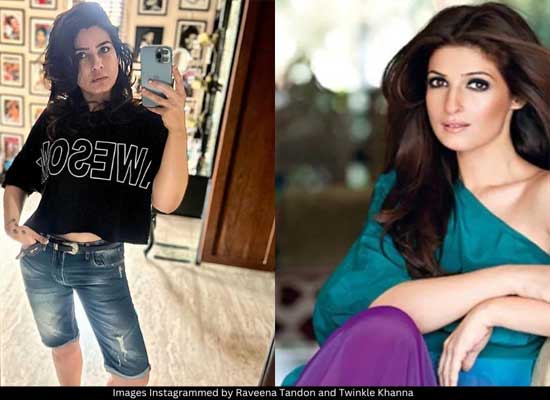 Who does not love Raveena Tandon? The actress starred in several commercially hit movies such as 'Andaz Apna Apna', 'Dulhe Raja', 'Anari No.1', 'Bade Miyan Chote Miyan' and 'Shool'. So it is hard to think that someone will mistake her for another actress. However, there is one fan who finds it difficult to differentiate between Raveena and Twinkle Khanna.

Raveena was doing a Q&A session on Instagram and it was then that a fan ended up asking her: "Childhood confusion between Raveena and Twinkle, I was really tough to see the diff."

This response by Raveena was shared on her Instagram story.