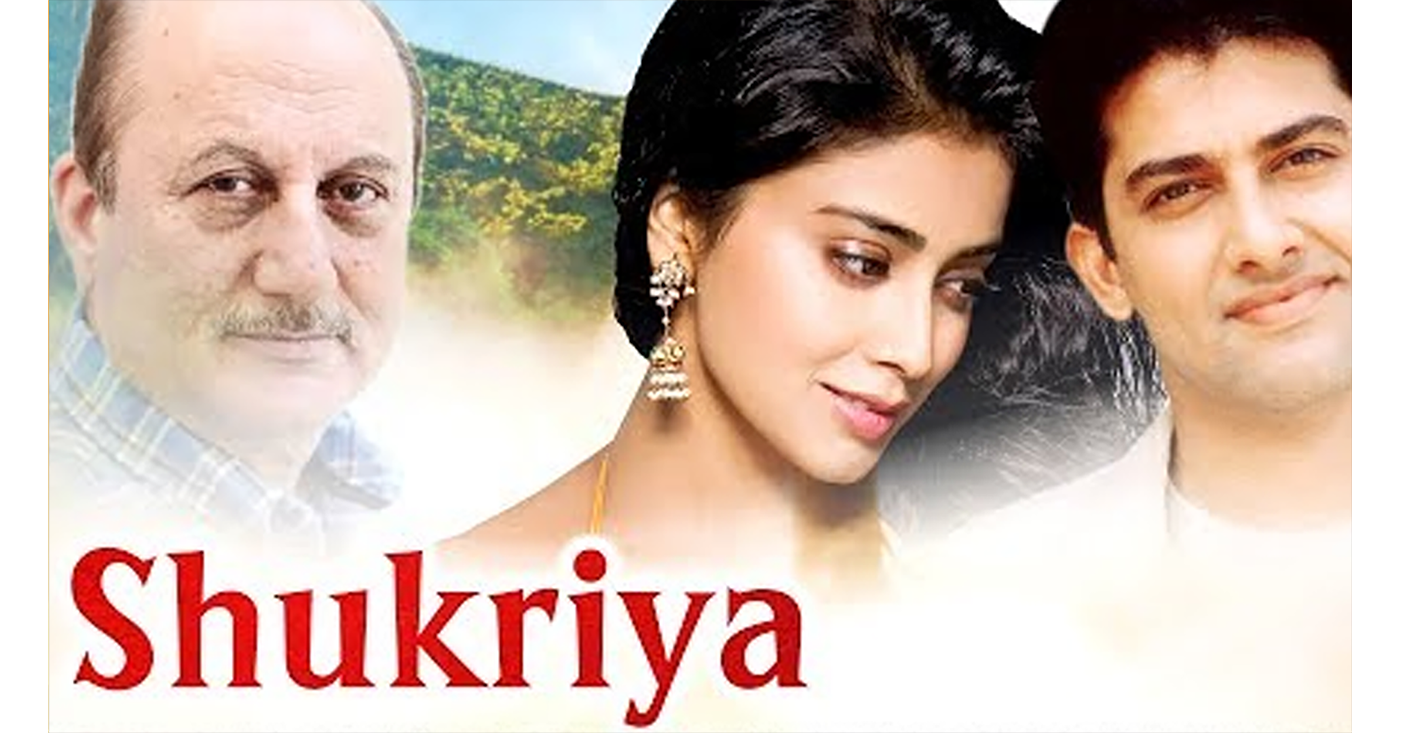 Shukriya: Till Death Do Us Apart

Karam Jindal lives life as a successful businessman in London along with his wife and daughters. He brings a young man, Rohan, home for a few days but hides the fact that Rohan is Death himself.

Thirty years ago Karam Jindal with his widowed mom, Gayatri, and wife, Sandhya, immigrated to London, England. Shortly thereafter Gayatri gets cancer and dies. Sandhya gives birth to two daughters, Anjali and Sanam. The Jindals accumulate wealth and are now one of the wealthiest families in London.

Anjali marries Akash, while Sanam is on the look-out for her beau. With Karam's 60th birthday coming up, Anjali is busy with preparations for a grand party. Karam hopes to get Sanam married to Yash, his employee, who is like a son to him. Add to that is the inauguration of the "Gayatri Jindal Cancer Hospital" which is to be done on the same day.

With the preparations under way, Karam brings home a young man, Rohan "Ricky" Verma, to live with them for a few days. Sanam has already met him and is quite friendly with him. She confides in her mom that she would like to marry Rohan, and her mother indicates that she approves of him. They get a shock when Karam vehemently opposes any alliance with Rohan, and refuses to divulge the reason. Only Karam knows that Rohan is not who he claims to be – he is Death himself – accompanying Karam during his last four days on Earth.